Disney's Maleficent At The El Capitan Theatre Along With Magician Greg Wilson!! #Maleficent 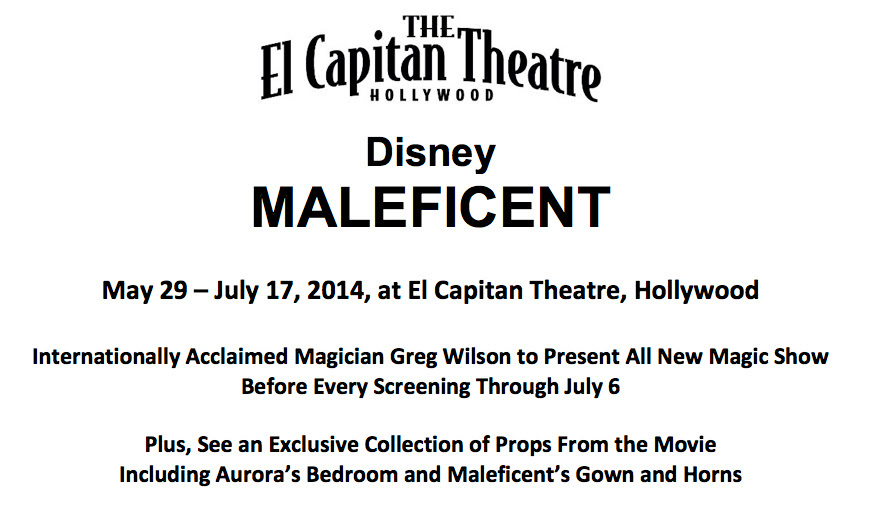 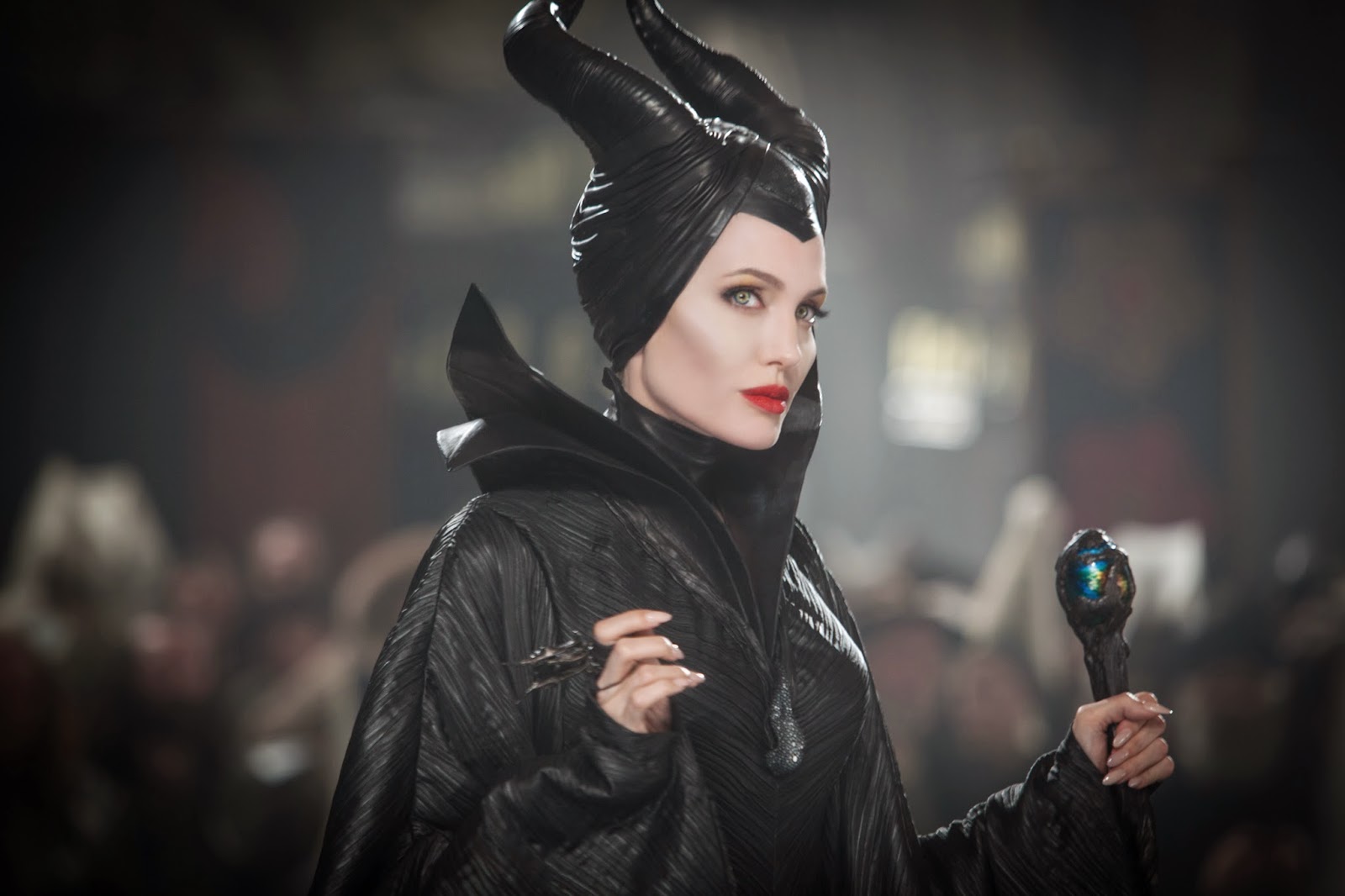 HOLLYWOOD, Calif. (April 16, 2014) – Hollywood’s legendary El Capitan Theatre presents a special engagement of Disney’s “Maleficent” in Dolby® Atmos™May 29 – July 17, 2014. Internationally acclaimed magician Greg Wilson will present an all-new magic show before every screening of the movie through July 6. Plus, El Capitan guests will have the chance to see an exclusive collection of props from the movie, including Aurora’s bedroom, Maleficent’s gown and horns and the model of Sleeping Beauty Castle at Disneyland during the entire El Capitan engagement.

“The El Capitan will kick off our special engagement of Disney’s ‘Maleficent’ in royal fashion,” said Lylle Breier, senior vice president of worldwide special events for Walt Disney Studios Motion Pictures. “El Capitan Theatre guests will have the opportunity to see the movie in advance of its national opening with two special screenings on May 29 at 8 p.m. and Midnight. Both of these screenings will also feature raffle prizes and costume contests, adding to the excitement of this long anticipated film.”

ABOUT THE MOVIE
“Maleficent” explores the untold story of Disney’s most iconic villain from the classic “Sleeping Beauty” and the elements of her betrayal that ultimately turn her pure heart to stone. Driven by revenge and a fierce desire to protect the moors over which she presides, Maleficent cruelly places an irrevocable curse upon the human king’s newborn infant Aurora. As the child grows, Aurora is caught in the middle of the seething conflict between the forest kingdom she has grown to love and the human kingdom that holds her legacy. Maleficent realizes that Aurora may hold the key to peace in the land and is forced to take drastic actions that will change both worlds forever.